Are Pedestrians a Priority for State Road Planners? 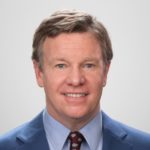 A 34-year-old Virginia Beach man died from injuries he sustained after being hit by a vehicle. The accident occurred at approximately 6:30 p.m. on Sunday, January 8 in the 1400 block of Laskin Road near Fremac Drive in Virginia Beach. According to police, the victim was walking on the roadway in a construction zone when he was struck by a vehicle. The driver of the vehicle told police he did not see the victim walking. The victim was rushed to a local hospital, in critical condition, but was later pronounced dead.

The number of deadly pedestrian accidents continues to increase each year. One issue often cited by safety advocates is the inability of current infrastructure to keep up with the needs of commuters. A recent report issued by the Pew Trust detailed how state transportation agencies often cause delay after delay in initiatives that could help make roads safer for both pedestrians and cyclists.

According to the report, state transportation agencies focus more on initiatives that enable traffic to move faster over the safety and rights of pedestrians and cyclists. Far too many street planning initiatives fail to address the safety of pedestrians in their designs. This often leads to municipal streets that look more like highways, with drivers traveling at high speeds, ignoring the risks to pedestrians and other road users.

The report found that when the layout of city streets resembles highways, far too many drivers travel at dangerous speeds. The organization recommends constructing roads that are narrower and making sure there are sidewalks for pedestrians.

In 2021, pedestrian accident deaths in Virginia reached a record high, with 125 people killed. Even more alarming is that Virginia was on track for that record to be broken in 2022. The state has not yet released the final data for the year. This was one reason why our law firm recently announced the publication of a statewide pedestrian danger zone study along with a new interactive map that reveals the most dangerous areas for pedestrians in Virginia.

The map was created using data collected from the Virginia Department of Transportation on pedestrian accidents that occurred between January 1, 2015, and June 30, 2022. Our zone analysis in the overall study grouped pedestrian crashes that occurred within 250 feet of one another. As our Virginia pedestrian danger zone interactive map reveals, the 20 most dangerous areas for pedestrians are spread throughout Virginia, however, Arlington County and Richmond had the majority of dangerous areas on that list.

Under Virginia law, when a person is injured because of the acts of a negligent or reckless driver, that driver can be held legally responsible for any losses the person sustains because of those injuries. This includes the victim’s medical expenses, loss of income if they are unable to work while they recover, pain and suffering, scarring, permanent disabilities, and more.

At Shapiro, Washburn & Sharp, we have extensive experience in Virginia and North Carolina pedestrian accidents with personal injuries and are dedicated to getting our clients the financial compensation they deserve, like the $227,000 pedestrian personal injury settlement our firm was able to obtain for one client who suffered a heart seizure while undergoing surgery to repair the broken leg he incurred when a driver hit him in a crosswalk.

If you or a loved one has been injured in a pedestrian accident, contact our firm today to schedule a free consultation with one of our skilled Virginia personal injury pedestrian attorneys and find out what legal options you may have.